For Curaçao and most Caribbean islands, infrastructure improvement and advancement are an essential step towards greater economic well-being, sustainability, and prosperity, but ensuring the completion of infrastructure investment projects, including the due diligence and financing, is not an easy task. Partnering with an expert and experienced advisor can bring all-important knowledge to deals, help leaders understand plus reduce risks, and highlight how to take advantage of opportunities. André Wright is Executive Vice President of Standard International Group Inc., a New York City-based boutique financial advisory firm he co-founded in 1996 with a focus on revitalizing critical infrastructure projects across the U.S. Municipal, Caribbean and West Africa.

As a longtime partner to country leadership, government groups and regional experts, Standard International Group’s financial advisory services are built around comprehensive financial and credit analysis, local knowledge, and industry expertise with the goal of creating transformative solutions and successful outcomes. Standard International Group creates and shares opportunities with global investors, delivers debt and equity capital to sovereign and municipal governments and corporations, all while emphasizing the importance of positive results on a local level. We caught up with André on Zoom where we talked about the future of infrastructure projects on Curaçao.

Originally from Chicago, André graduated from Morehouse College and began his career on Wall Street in the 1980s. With a decade of Wall Street experience and over thirty years of financial advisory and investment banking expertise, André brings a wealth of knowledge to the Caribbean markets in need of good, workable solutions to their most pressing infrastructure problems. Since its establishment, Standard International Group has facilitated a wide range of high-profile and high-impact infrastructure projects in the Caribbean, including airports, cruise ports, power plants, water, and solid-waste projects.

Standard International Group has a longstanding relationship with the Dutch Caribbean, first becoming involved in Curaçao in 2000 when André advised RDK on financing the utility platform at the refinery, facilitating an investment of $200 million. André has also provided advisory services to Curaçao Airport Authority on the Delta Airlines Project and advised on a loan financing of $150 million to Aqualectra which allowed the energy company to make essential upgrades to the power grid and service on the island. Standard International Group has extensive experience in the oil sector, recently facilitating the $220 million refinery sale for the U.S. Virgin Islands and has advised RDK on multiple occasions over the past 15 years.

Recently, Standard International Group provided financial advisory services on the $193 million Princess Juliana International Airport Terminal Reconstruction in St. Maarten after the terminal building suffered severe damage during Hurricane Irma in 2017. The firm ensured the airport received the maximum insurance claim payout of $71 million by introducing insurance advisory services provider Willis Towers Watson. They advised on the $50 million loan from the European Investment Bank and a $50 million grant from the World Bank, which combined with $22 million from the Government of St. Maarten in the form of liquidity support, completed the financing required for the reconstruction project. Work is scheduled to begin on the project in 2021. Prior to this, André had already been working with the Princess Juliana Operating Company since 1999, advising on an initial funding in 2004 and their debt restructuring along with an additional injection of $65 million in 2012. 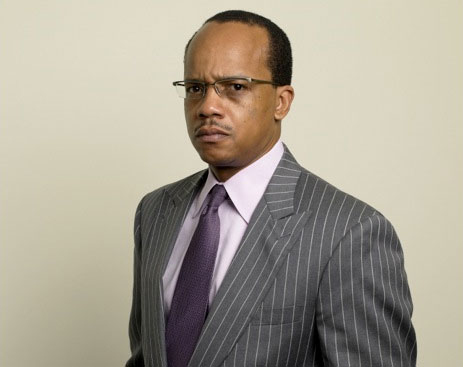 The typical project lifecycle for financial advisory in a critical infrastructure project is between 3 and 5 years, depending on what work has already taken place and level of priority on the sponsor’s list, whether that be the government, a public-private partnership, or private investor. Once Standard International Group is engaged, the first step is commercialization (or due diligence), which includes understanding the project’s feasibility, environmental impact, legal and political implications, and most importantly ensuring that it will benefit the community. The next step is to identify and secure the right capital structure and mix of sponsors and investors potentially comprised of debt, equity, and sub-components. Then, if it is a greenfield project (an entirely new build on an undeveloped site), construction is normally complete within 18 – 24 months. Intentionally remaining a small firm, Standard International Group takes a focused approach to their work, completing just two or three deals per year in order to provide a high level of service and work on high-impact deals and projects that truly transform communities for the better. Additionally, André states, “because of our size, we don’t take on projects that we don’t believe are going to succeed. We’ve been covering the region since 1996 and this is where we focus predominantly.”

André notes that the economic climate has been changed drastically by the global pandemic and the increased requirement for remote communication has made the need for digitalization bigger than ever. In addition, he has seen substantial changes concerning risk appetite as investors anticipate interest rate hikes. These will undoubtedly have a knock-on effect on the price of construction materials such as copper, lumber, and crude oil. André anticipates that the increased cost of construction will impact borderline projects, in some cases making them too expensive to complete. Capital is still available, but investors will be more selective than they were before, focusing on projects that will generate a return. Infrastructure projects will still be relatively safe, however developers will need to be able to demonstrate that the demand is there to drive the project. André predicts that we probably will not get back to full market until 2024.

He also thinks that the impact will probably be more significant in the Caribbean than in other parts of the world. As the region is not a major focal point for investors and lenders, projects here are more likely to be pushed down the list after the larger countries. Another unknown that will cause delays is a change in hygiene requirements, for example, businesses in the U.S. are being informed that there will likely be changes to air circulation regulations in buildings which will require upgrades to ventilation systems. The last unknown is inflation. At this point, we do not know what that is going to look like, but it will certainly have an impact. Nevertheless, André does not think that it is all doom and gloom for Curaçao. He believes that the island has a lot of unrealized potential and that once political uncertainty has been removed, we will be able to overcome the challenges. “The Kingdom has provided the necessary funds for expansion and there is enough liquidity in the market to keep the market growing for now”, he says. Above all, he asserts that digitalization should be the priority. “In the 1980s it was airports, in the 1990s it was cruise terminals but going forward it is going to be digitalization”. For a community to progress, digital infrastructure is absolutely essential. While Curaçao has a lot of potential, André notes that there have been missed opportunities. As things currently stand, there have been several improvements to the existing infrastructure (such as, Curaçao Medical Center) but not much expansion. For Curaçao to rise to the next level, the island needs to expand telecommunications and broadband, and grow the airport. He believes that in order to secure more investment, Curaçao must provide a stable and reliable infrastructure. “Investors need to know that the broadband is up to the task of supporting 5G communication and that the power will hold up”.

Standard International Group has advised clients from all sides of the investment perspective by representing government agencies, institutional investors, commercial banks, corporations, and project sponsors. This experience combined with local knowledge forms the core for Standard International Group to provide the highest standard of financial advice for the most challenging infrastructure projects. To find out more, visit https://www.sig-usa.com/