Fabien Cousteau, aquanaut, documentary filmmaker, oceanographic explorer, environmental advocate, and marine conservationist, has been scuba diving since the age of four. As the grandson of legendary ocean explorer Jacques Cousteau, a passion for the sea is in his blood, and he has dedicated his life and career to exploring, documenting, and protecting the ocean. In 2016, he founded the Fabien Cousteau Ocean Learning Center (FCOLC), a non-profit organization dedicated to raising awareness, educating, and empowering the citizens of the world to protect and preserve the planet’s coastal areas, endangered marine habitats and marine life. The FCOLC is committed to creating long-term education and engagement initiatives, conservation efforts and marine research projects that will help save our ocean to benefit human well-being. Current programs of the FCOLC include Coral Reef Restoration, Mangrove Restoration, Beach Clean Ups and Sea Turtle Restoration. In July of this year, the center released details of a ground-breaking project to be located off the coast of Curaçao. Proteus, the marine equivalent of the International Space Station, will be the planet’s largest and most technologically advanced underwater scientific research station and habitat. Hosting two state of the art laboratories, a medical bay, sleeping quarters, and even a hydroponic garden, Cousteau’s brainchild will place a finger on the pulse of the health of our oceans, becoming a platform for ocean research, education, conservation, and even for training astronauts.

In 2014, Fabien spent thirty-one days in Aquarius, an underwater facility the size of a school bus, nine miles off the Florida coast. During this period, he and five crew members conducted the equivalent of three years’ worth of research. At 4,000 sq ft, Proteus will be the size of a large American family home and ten times bigger than Aquarius, allowing for far longer deployments and extended missions. The new structure will provide the comfort, safety, and conditions to support scientists studying samples gathered by scuba diving in this rich, biodiverse environment. “Proteus will allow us to open the Pandora’s box of secrets contained in this underwater rainforest”, he says, and the possibilities are endless. Just like the rainforest, the ocean has the potential to provide us with cures and treatments for a whole catalog of human ailments. Only recently, it was discovered that the venom of cone snails is ten times more potent than morphine. A discovery like this can allow us to develop new medications to treat cancer patients and much more. Only 5% of our vast oceans have been explored to date, so it is mind-boggling to imagine how much we have yet to discover. Fabien believes that the ocean will also deliver us with vaccines for a range of diseases, perhaps even for COVID-19. 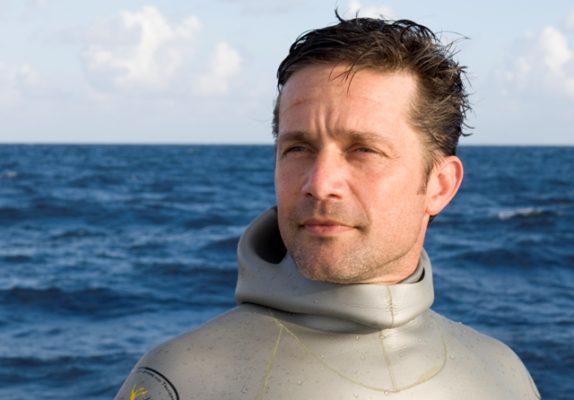 An underwater habitat allows scientists to collect samples and process these quickly. Since the platform will be located 60 feet beneath the surface, there is no need for divers to decompress on entering, a time-consuming process that can carry health risks. The samples collected never come to the surface in comparison to traditional research in which they are frozen and transported thousands of miles for analysis which invariably causes deterioration and corruption. Even in Aquarius, a 30-year-old structure which Fabien describes as “hopelessly underequipped”, the team was able to make unprecedented progress. In Proteus, he intends to advance marine research by light-years. The concept design was co-conceived by renowned industrial designer Yves Béhar and his firm fuseproject with the objective of providing an environment that would simultaneously facilitate advanced scientific research alongside the conditions that humans need to function at the high level required for this kind of work. Factors such as personal privacy, sufficient space, comfortable living areas, and even specialized lighting to support circadian rhythms were high on the agenda. It was this desire to provide human comforts that inspired Fabien’s idea for growing food hydroponically onboard and to create the first underwater greenhouse. The lack of fresh food was one of the biggest challenges that he and his crew experienced on Aquarius. In such a highly pressurized environment, cooking with any kind of open flame or element is out of the question so the team relied on dehydrated food, ‘cooked’ with boiling water sent from the surface. Underwater, humans require three times the calories that we burn on land, and scuba diving for up to eight hours a day requires enormous energy. The Frenchman in Fabien found the diet of dehydrated food bland and unappetizing, losing seventeen pounds in weight during the course of the mission. On Proteus, the crew will at least be able to supplement processed food with freshly grown plant life for food. 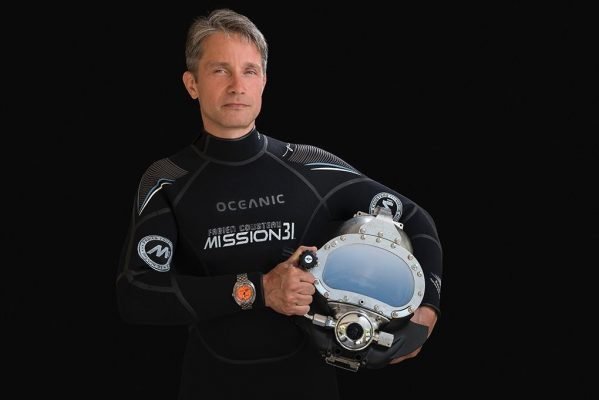 The new habitat will also take a giant leap forward in terms of self-sufficiency and sustainability. Where Aquarius relied on a fossil fuel-powered life support buoy (LSB), Proteus will be entirely powered by renewable energy using solar and wind power alongside Ocean Thermal Energy Conversion (OTEC), a largely unexploited energy source which is generated in exactly the conditions where the habitat will be located. Curaçao, on a sea mountain in the tropics, is ideally situated to generate OTEC. The beauty of this type of energy is that unlike solar or wind power, it is continuously available and as such, does not need to be stored in battery form. There is virtually no negative impact upon the environment and on top of that, it generates fresh distilled water as a by-product. Fabien hopes that Proteus will showcase the potential for this type of energy as a sustainable alternative to fossil fuels which continue to pose one of the greatest threats to our oceans and the planet as a whole. He believes that Curaçao is in the perfect location for a closed-loop system of solar, wind, and OTEC, offering the island an opportunity to blaze a trail as a leading nation in sustainability. It was this geographical location combined with the undersea topography and relatively unexploited coral reefs that helped to identify Curaçao as the perfect home for Proteus. Its proximity to the shore will allow for oxygen, water, and big data to be supplied via an umbilical cord. Proteus will have 16K broadcast capabilities allowing for live feed streaming which will open up the habitat to people all over the world. Close by, the FCOLC will also install a smaller habitat nicknamed Triton, which at 600 feet below the surface will facilitate much deeper exploration. Triton will run on helium-oxygen which helps to sustain divers in a deep-sea environment and research will be conducted predominantly by scuba divers. Remotely operated underwater vehicles (ROV) will also play a role but Fabien views these as a secondary tool. “ROVs are clumsy”, he says. “You need human beings with their insights and finesse. That human element is still necessary for every endeavor that we undertake”. 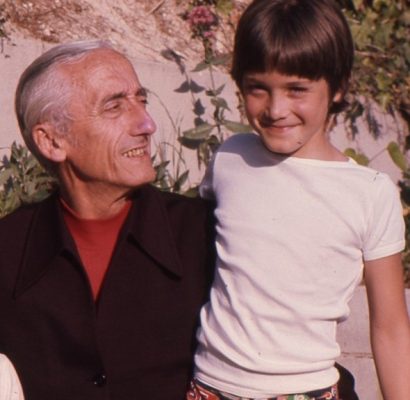 The cost of constructing Proteus is estimated at $135 million. At the time of publication, Fabien is approximately $1 million away from being able to begin Phase Two of the project. Financing has been somewhat slowed by the global pandemic but nevertheless, significant progress has been made. Since the FCOLC is a non-profit organization, Proteus is also eligible for governmental grants. Fabien intends to build strategic partnerships with organizations that can use the platform for their own research. For example, Aquarius was used for training US Navy personnel (for activities strictly unrelated to warfare) and even NASA astronauts. The layout and design of Proteus is significantly influenced by the International Space Station. Both structures need to operate in and withstand extremely harsh conditions, and in many ways, the ocean is even more punishing than space. As such, it is an ideal place for training astronauts, providing comparable conditions in a relatively accessible location. Proteus also offers incredible potential in terms of climate monitoring and will be capable of predicting weather fronts, weeks and sometimes even months earlier than existing weather labs. Once funding has been secured, construction of Proteus is scheduled to happen fast. Fabien plans on the platform being built, installed, and having completed its first mission within 32 – 36 months. The main construction material for the project will be metal alloy. Composites were first explored as an option, but it soon became clear these would be too light for the task and could even risk the habitat floating to the surface. The modular sections of the habitat are designed to be easily removable to facilitate servicing and upgrades. This construction will give Proteus a life span of at least fifteen to twenty years, during which it may well be the site of unprecedented and revolutionary discoveries that have the potential to change the fate of humanity, our oceans, and Planet Earth.

For more information about Proteus and the work of the Fabien Cousteau Ocean Learning Center, visit https://www.fabiencousteauolc.org/